What Are the Most Common Sobriety Tests?

Home/DUI/What Are the Most Common Sobriety Tests?

What Are the Most Common Sobriety Tests? 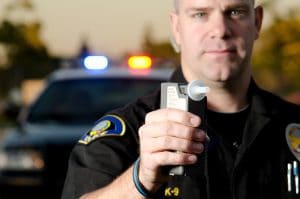 According to the National Highway Traffic Safety Administration (NHTSA) almost 30 people in the U.S. are killed in drunk driving crashes each day. The state of Tennessee takes the threat imposed by drunk driving very seriously. If you are pulled over on the suspicion of driving under the influence, the attending police officer may ask you to step out of your vehicle and comply with a series of field sobriety tests (FSTs). These tests are standardized by NHTSA, which means you will be asked to complete the same three tests regardless of where you have been detained. In addition, officers are expected to administer these tests in the same manner to every subject.

The purpose for FSTs is to prove whether or not you are too impaired to operate a motor vehicle. These tests are designed to serve the interests of the officer at your traffic stop so that he or she can determine whether or not to place you under arrest for DUI in Tennessee. The fact is, however, even if you pass each of these three standardized tests, the officer still has discretion to charge you with DUI based on other indications he or she may assess regarding your sobriety.

The field sobriety tests and how they work

If you comply with the officer’s requests, you will be asked to submit to these specific tests: Horizontal Gaze Nystagmus (HGN), Walk and Turn (WAT), and One Leg Stand (OLS).

During this test, the police officer will shine a light in one of your eyes and instruct you to follow his or her finger or a pen as it is moved side to side. The eyeballs move involuntarily which is one reason why this test is considered the most accurate of all three FSTs. As the officer performs this test, he or she will watch your eyes for involuntary motions. Normally, the eye of the individual who is performing this test will quickly shift around a bit when looking to the side or up. This quick jerking motion of the eye is referred to as nystagmus. On the other hand, if the person has consumed alcohol or another type of depressant substance, this jerking motion of the eye may happen at smaller angles.

During this test, the police officer will ask you to walk in a straight line for nine consecutive steps, heel to toe. He or she will then ask you to turn around and walk back in the same manner. This test is designed to assess your balance and ability to multi-task.

A law enforcement officer will determine whether or not you are under the influence of alcohol (or otherwise impaired) and thus should be charged with DUI based on the following eight factors:

During this test, the officer will ask you to stand and raise one foot up in front of you (at about 6 inches off the ground) for approximately 30 seconds. This is another type of balance test.

Several clues the officer will look for during this test which may indicate alcohol impairment include:

Field sobriety tests are certainly not infallible pieces of evidence. In fact, under certain circumstances, the results of these tests may not be permitted as evidence in your case. An experienced attorney can mount a defense on your behalf even if you have failed one or more field sobriety tests at a DUI stop.

If you have been charged with DUI in Tennessee, having strong and intelligent legal counsel is vital to effectively fight your charges. You can count on our experienced Knoxville DUI attorneys at Banks and Jones to challenge the evidence against you and fight to have your charges reduced or completely dropped. We Fight 2 Win! To set up a free evaluation of your case, call us today at 865-546-2141 or send us a message through our contact form.

"When I found myself in need of aggressive, professional representation, I reached out to my attorney friends in the community...

"When I found myself in need of aggressive, professional representation, I reached out to my attorney friends in the community who unanimously recommended one person: T. Scott Jones. His staff was always on top of my requests and Scott made himself available for me any time I had questions. Not only did he live up to my expectations – he exceeded them! Both charges in my case were dropped, and my name completely cleared! I cannot thank you enough, T. Scott, for protecting my reputation!"
https://www.banksjones.com/testimonials/g-hamrick/
"Scott Jones is one of the top-rated attorneys in the nation, and has always represented us as only someone with...

"T. Scott Jones was recommended to me for a sensitive family matter. He was very professional, thorough, understanding, and punctual throughout the entire process. As a result of his work, my matter was resolved expeditiously, and there have been no issues since. If I have any future legal matters, this will be the first call I make! Thank you!"
https://www.banksjones.com/testimonials/kristy-b/
5
5