What charges fall under criminal homicide in Tennessee?

There are eight (8) criminal homicide charges under Tennessee law, classified as Offenses Against Person. These are the categories:

What are the penalties for a homicide conviction?

There is no one set penalty for conviction under a homicide charge, although all of them involve fines and prison time. If there are extenuating circumstances for the charges the accused faces, then the penalties and fines could increase. Generally speaking, however, here are the potential penalties per charge for felony convictions in the state:

Capital offenses, however, are different. If a person is convicted of first degree murder in Tennessee, there are three potential penalties:

A homicide charge, no matter which category it falls under, is incredibly serious. These are not the types of charges you want to face without legal counsel. You need a skilled attorney who has experience defending clients against homicide charges; it could literally be a life or death situation, if you don’t. 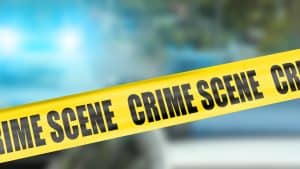 Criminal homicide is a serious crime. If you are convicted, you’re going to go to prison. In Tennessee, there are various charges involving homicide that the accused may face, and some carry stricter penalties than others. We wanted to take a look at some of the more common questions we have heard regarding how Tennessee defines homicide, and how the State punishes those who are convicted of these charges.

Are all homicides murders?

No, they’re not. Homicide is simply defined as the unlawful killing of another individual. In order for a homicide to be classified as murder, there must have been an intent to kill – or, the reasonable assumption that a person’s actions could lead to the death of another human being.

There are various types of homicides, some of which overlap each other in terms of definition. These include murder, manslaughter, war killings, justifiable homicide, capital punishment, and euthanasia. Justifiable homicides, for example, are not classified as murder, even though they involve the taking of a life. Voluntary and involuntary manslaughter are also not considered murder, but various forms of homicide.

What is the difference between 1st and 2nd degree murder?

The most common divisions of the crime referred to as murder involve first-degree and second-degree murder. First-degree murder is the premeditated intentional killing of another person.

Second-degree murder is defined as the knowing killing of another person. This involves malice aforethought and intentionality, but not premeditation or planning that occurs in advance of the act. In Tennessee, second-degree murder may be charged if the death is associated with the possession, production, distribution, and/or use of controlled substances which led to, in whole or in part, the death of a user.

What is vehicular manslaughter under Tennessee Law?

Under Tennessee law, vehicular manslaughter involves the reckless taking of another person’s life using a motorized vehicle. This act is related to drag racing, drinking, drug use, or the conduct of a driver in a posted construction zone in which the individual killed is a highway construction worker or Department of Transportation employee.

Is killing in self-defense manslaughter under U.S. and Tennessee State Law?

When an individual exercises his or her right to self-defense or to the defense of another person, under U.S. and Tennessee state law, a noncriminal homicide ruling may apply. If a homicide is carried out in order to prevent a very serious crime such as murder, manslaughter, armed robbery, or rape, it may be considered justified.

Under Tennessee Code, Title 39, Chapter 11, Section 39-11-611, the use of deadly force is justified. The conditions upon which this force may be used include:

At Banks and Jones in Knoxville, we know what it takes to build a successful defense strategy for clients facing criminal homicide charges in Tennessee. When you need a fighter in your corner, we are here. Please call 865-546-2141, or complete our contact form to find out more. We will conduct in-custody visits and consultations.

"A great firm with great people! Matt was excellent in preparing my will, and is always on top of amending...

"A great firm with great people! Matt was excellent in preparing my will, and is always on top of amending it as my needs change. Everyone should be so lucky to have an attorney take such great interest in protecting their family!"
https://www.banksjones.com/testimonials/mike-h/
"Between the award-winning radio show he has on Saturday morning, and the up and coming musicians he helps with legal...

"Between the award-winning radio show he has on Saturday morning, and the up and coming musicians he helps with legal contracts – that would be enough to give him 5 stars. When I was a journalist, our paths crossed a few times. I can assure you that Mr. T. Scott Jones and his office were and are of the highest caliber of professional legal services. He always gave me rapid, clear and in-depth responses to my serious questions involving complex high-profile cases, and I was able to see firsthand why and how this law firm is the best in the business. Though I am no longer a reporter, I can assure you that that out of the hundreds of lawyers I have met in six years of covering Knoxville, if I ever need a lawyer Banks and Jones will be my first call."
https://www.banksjones.com/testimonials/daniel-a/
"If you Play 2 Win, then you should hire T. Scott Jones. He is, unequivocally, one of the best trial...

"If you Play 2 Win, then you should hire T. Scott Jones. He is, unequivocally, one of the best trial attorneys. As a fellow attorney, I have had the privilege of watching him in jury trials and his client's are lucky to have him fighting for them. He undoubtedly has the largest presence in any courtroom that graces."
https://www.banksjones.com/testimonials/jonathan-e/
"When I found myself in need of aggressive, professional representation, I reached out to my attorney friends in the community...

"When I found myself in need of aggressive, professional representation, I reached out to my attorney friends in the community who unanimously recommended one person: T. Scott Jones. His staff was always on top of my requests and Scott made himself available for me any time I had questions. Not only did he live up to my expectations – he exceeded them! Both charges in my case were dropped, and my name completely cleared! I cannot thank you enough, T. Scott, for protecting my reputation!"
https://www.banksjones.com/testimonials/g-hamrick/
"Scott Jones is one of the top-rated attorneys in the nation, and has always represented us as only someone with...

"Scott Jones is one of the top-rated attorneys in the nation, and has always represented us as only someone with a deep knowledge of the law – and the ability to skillfully present it – could. The respect he has earned from peers (and prosecutors) is evident when he is in the courtroom. I highly recommend him for any legal matter you may have."
https://www.banksjones.com/testimonials/kurt-a/
5
5
Banks & Jones, Attorneys at Law