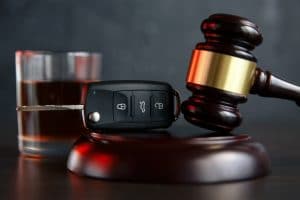 Tennessee laws are strict when it comes to punishing drunk drivers. Sentencing for DUIs in the state can include months or years in jail, hefty fines, court costs, and restrictions or complete loss of driving privileges. An additional and recent addition to these penalties is the requirement for the one convicted of DUI to install an ignition interlock device (IID) on his or her vehicle in order to be given a restricted driver’s license.

Operation of the ignition interlock device

An ignition interlock device is a relatively small gadget integrated into the technology of the vehicle that enables it to start. It has the features of a mobile breathalyzer in that it requires the driver to blow into the device which checks the driver’s breath for alcohol content before the vehicle will start.

Under Tennessee DUI law, the IID must be programmed to fail and prevent the vehicle from starting if the user’s blood alcohol concentration (BAC) records 0.02% or greater.

Of course, it is illegal for any individual required to have and use an IID to ask someone else to blow into the device. Any type of tampering with the device is illegal.

Other obligations with an IID requirement

The importance of legal counsel at the sentencing stage

With limited exceptions, Tennessee law requires those convicted of DUI wanting to access the Restricted Driver’s License to use an IID in their vehicle. Although it is important to have strong legal counsel if you are under investigation of or have been charge with, or convicted of DUI, it is also essential in the sentencing stage. An experienced DUI attorney can interpret Tennessee’s IID laws in the most effective manner with respect to a defendant’s criminal history, the DUI in question, and the circumstances of his or her arrest.

If the defendant needs to use an ignition interlock device as a condition for driving, his or her Tennessee driving license will include that requirement. The law also demands requirements reporting of the devices installation proper functioning, monitoring for proper use, and accuracy. The court must be notified of any violations.

At Banks and Jones, our Knoxville DUI defense attorneys are ready to defend your rights. We have been fighting for the accused for close to three decades. We strongly fight on your behalf to remove evidence from your case, including blood or breath tests that were not properly obtained. Through cross-examination, we also effectively challenge the police’s version of events. Contact us before you speak with law enforcement. Give us a call today at 865-546-2141  or fill out our contact form to schedule an appointment.

"I’ve used T. Scott and Chris Beavers for a few civil legal matters. Both gentlemen are top notch attorneys who...

"I’ve used T. Scott and Chris Beavers for a few civil legal matters. Both gentlemen are top notch attorneys who are masters at their profession. Everyone at the office are very professional and courteous. You can tell they actually care about you and the issues you face."
https://www.banksjones.com/testimonials/cas-l/
"“Thank you” to Chris Beavers at Banks and Jones! They were able to work my car wreck case and my...

"“Thank you” to Chris Beavers at Banks and Jones! They were able to work my car wreck case and my child custody case at the same time. Chris was always very helpful in explaining every step of the process to me, and always had my best interest at heart. I would recommend him to anyone for legal advice. I couldn’t be happier!"
https://www.banksjones.com/testimonials/stacey-a/
"A great firm with great people! Matt was excellent in preparing my will, and is always on top of amending...

"A great firm with great people! Matt was excellent in preparing my will, and is always on top of amending it as my needs change. Everyone should be so lucky to have an attorney take such great interest in protecting their family!"
https://www.banksjones.com/testimonials/mike-h/
"Between the award-winning radio show he has on Saturday morning, and the up and coming musicians he helps with legal...

"Between the award-winning radio show he has on Saturday morning, and the up and coming musicians he helps with legal contracts – that would be enough to give him 5 stars. When I was a journalist, our paths crossed a few times. I can assure you that Mr. T. Scott Jones and his office were and are of the highest caliber of professional legal services. He always gave me rapid, clear and in-depth responses to my serious questions involving complex high-profile cases, and I was able to see firsthand why and how this law firm is the best in the business. Though I am no longer a reporter, I can assure you that that out of the hundreds of lawyers I have met in six years of covering Knoxville, if I ever need a lawyer Banks and Jones will be my first call."
https://www.banksjones.com/testimonials/daniel-a/
"If you Play 2 Win, then you should hire T. Scott Jones. He is, unequivocally, one of the best trial...

"If you Play 2 Win, then you should hire T. Scott Jones. He is, unequivocally, one of the best trial attorneys. As a fellow attorney, I have had the privilege of watching him in jury trials and his client's are lucky to have him fighting for them. He undoubtedly has the largest presence in any courtroom that graces."
https://www.banksjones.com/testimonials/jonathan-e/
5
4